Last week, I spent several days with a couple of my favorite furry friends, a goofy and loveable Great Dane named Keiko, and a sassy and sometimes loveable cat named Wiggles.  Sometimes loveable because as far as Wiggles is concerned, my mother is the center of her universe and she's not very cuddly with strangers, defined as anyone other than mom.  To be fair, she is still very, very young and hasn't really learned the art of cuddling.

I enjoyed spending a few days with her, though, because I think we have made a start at friendship.  At last.  My mother and I came up with a plan to bribe her onto my lap which included:  yarn.  My mother deposited the little black splotch of a kitten on my lap while I was crocheting one afternoon and thereafter, the snaking string, and the darting of that flashy crochet hook proved too much temptation to resist.

She would fly across the room and plop into my lap with a devilish gleam twinkling in her yellow eyes and vengeance on her mind.  She did not discriminate either.  All of the crochet instruments would fall victim to her swiping claws: the string of yarn, the hook, the entire skein, the actual project, and sometimes my fingers!

Occasionally, she would wear herself out and curl up in sleep, a little spot of warmth seeping through my jeans.  These were the sweetest moments!

Below is a photo of her with all of "her" crochet paraphernalia: 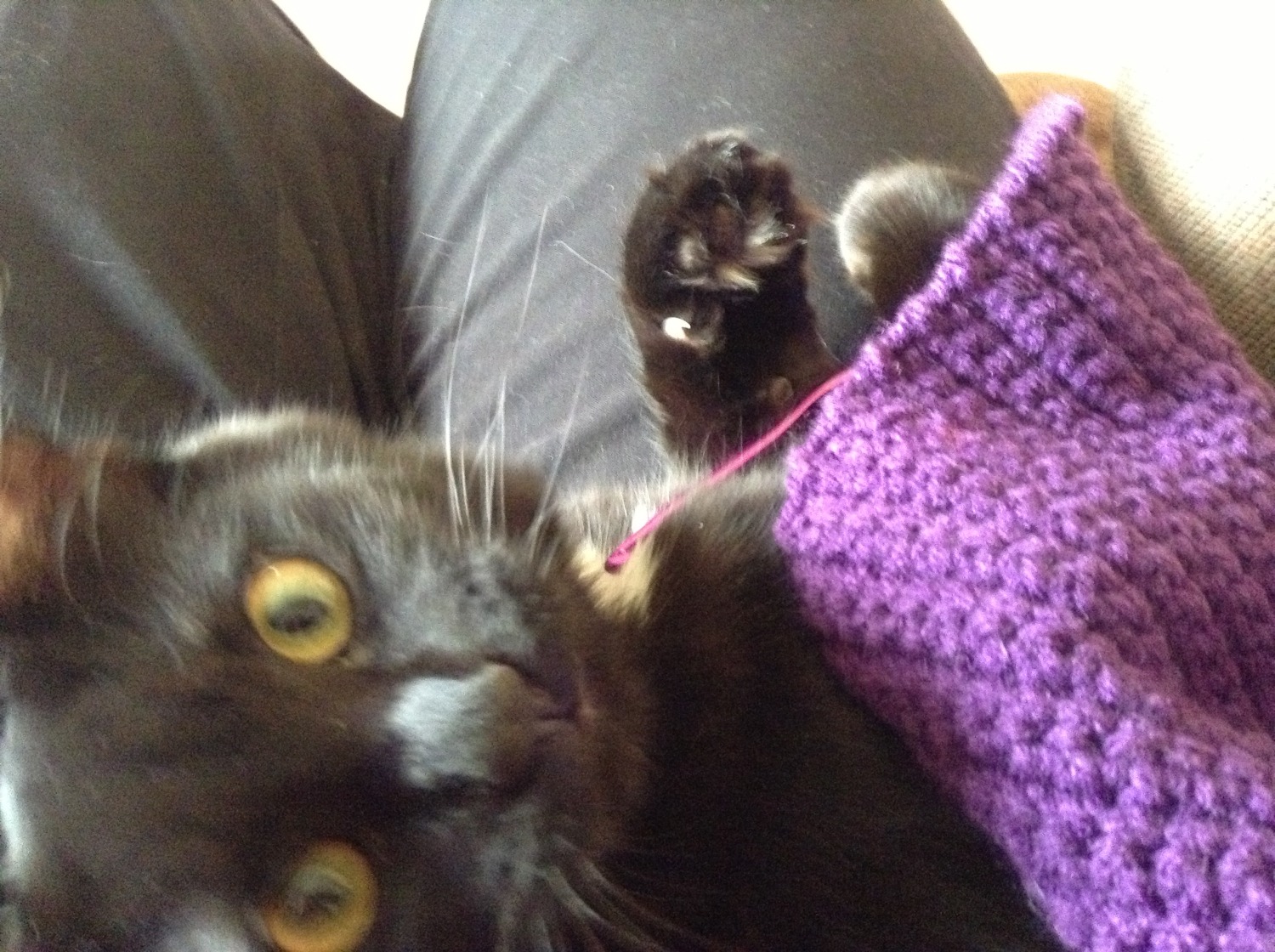 I also had the chance to visit some other furry friends of ours and got some great photos which I can't wait to make into pastel paintings in the near future!  So, check back soon!